Impeachment has little chance of passing the Senate (Republican Majority). Not surprised.

What did this accomplish?

Those that think Trump is the worst president in history, is literally Hitler and should be out of office will still think that way.

Those who think Trump is the second coming of George Washington and think he can do no wrong, that the Democrats are out to get him, will still think that way.

So it will ultimately accomplish nothing.

Well actually it will accomplish something beyond the removal or validation of a president. 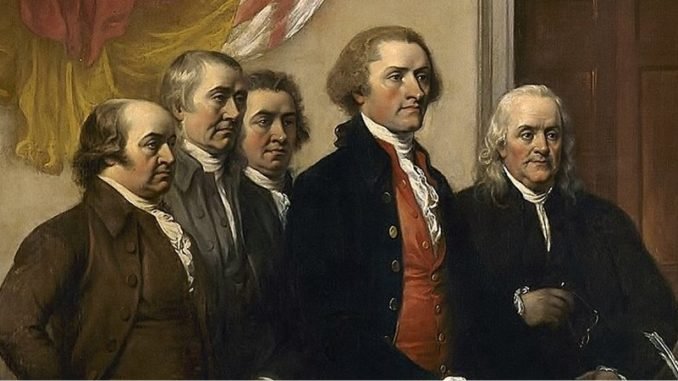 How I feel the founders look right now while watching us destroy what they created because we are a lazy society.

Those same career politicians on both sides of the aisle who sat on television and said they voted the way they did for “the good of the country” and in the “defense of the Constitution” could give a shit less about either. Hell, those articles of impeachment are but the first part of a LAUNDRY LIST of things members of Congress have been guilty of their entire career.

We have members of Congress from both sides of the aisle who have been in office LONGER THAN I HAVE BEEN ALIVE. Some of them are running for president! If that doesn’t bother you then you are part of the problem.

If you believe either side is looking out for the best interest of the country and Constitution, you are either foolish or lying to yourself. Members of Congress abuse their power all the time, using it to line their pockets and further their party’s cause. They also obstruct Congress all the time, because they are constantly fighting amongst themselves, trying to sell to the American people how “evil” the other side is, while doing NOTHING to actually help the nation.

It’s easy for the electorate to sit back and pick sides in this impeachment show because there is ZERO accountability for us. The president is one man, his power is limited (BY DESIGN) and ultimately he can do very little to impact your life. The ones who can and do, continually ensure the divide between average Americans remains strong to take light away from their ineptitude and corruption. They do this with fervor in the run up to elections. This impeachment hearing, show, circus whatever you want to call it, is proving that. It’s like a magic trick, hey look at this hand, never mind what the other hand is doing.

At the end of the day, the impeachment means nothing because it will not change anything. It will be a date in the history books, but one that had little impact. We as the electorate should be ashamed we have allowed our nation to become what it is. Ultimately the failures of our nation is our fault, because we were too ignorant and lazy to care to change it.

2 thoughts on “Impeachment; What it Truly Means.”