Since my first blog post covered the reasons why I hunt, I figured a good follow up post would be to write about who sparked my interest in hunting in the first place.

There are two individuals who got me to where I am in my passion for hunting; one is my father and the second was a friend of my father named Kent Jarvis. They met when they both worked together at the hunt club my father managed. While each of them taught me in their own way and style of hunting, both men had a huge influence on me throughout my hunting career. 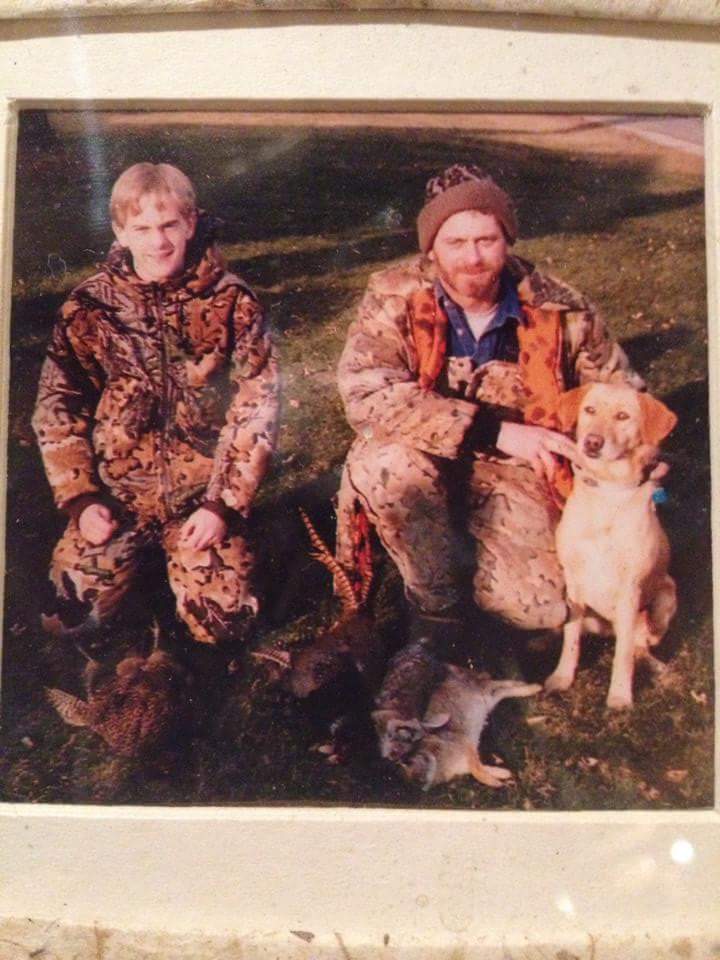 My father and I years ago after a successful mixed bag upland hunt. 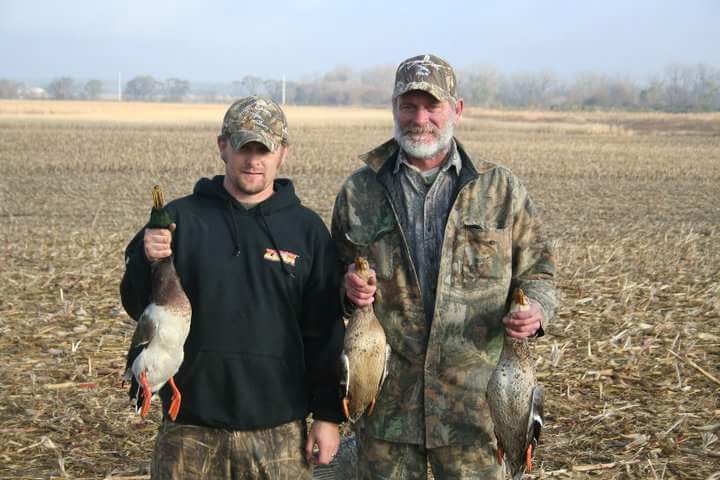 Happy father and son duo with their mallards. 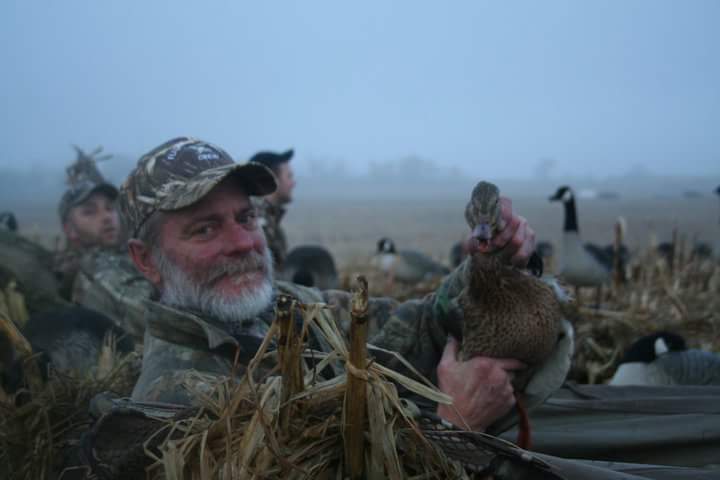 My father with his mallard during his first hunt out of a layout blind.

My father was always an outdoorsman. When I was born he ran coonhounds, trapped, and also hunted a lot. He was an avid bow hunter, and according to him he would put me on his back at two years of age and take me up a tree stand to go hunting with him. As I got older and was able to actually hunt myself, we hunted everything from upland game to waterfowl to deer. In fact, when the Illinois shotgun deer season came around, he would take me out of school early to start the weekend.

He taught me animal behaviors, how weather affects animal movements, how to read tracks and other sign, and a plethora of other important aspects that could lead to success. He taught me how to blood trail my first deer when I shot it, he was there when I shot my first goose, and explained the importance of proper care for the meat of the animals we killed.

He was an amazing shot, he rarely missed when it came to shooting birds on the wing. He passed on his knowledge of wing shooting to me, and he was there every time I was out back of the house shooting my bow, critiquing my form and congratulating me on my successes. All of these things that he took the time to impart on me have served me well, and I still find myself calling him and asking him questions here and there. One very important thing he taught me was how to respect the land we hunted and to leave it better than we found it.

“Even if it isn’t your trash, take it back out with you.”
He would tell me this all the time, and it’s something I do on every trip to this day.

He also taught me to show respect and appreciation to the farmers who allow us to hunt their land, both in my actions while hunting, and at the end of the season by giving gifts. They allow me to use their land to pursue my passion, and I always want to show them how much it truly means to me. My dad rarely hunts anymore due to health reasons, but I still offer to take him, and last season I was able to get him out there. He can’t do what he used to, but you can still see the love for the sport in his eyes. 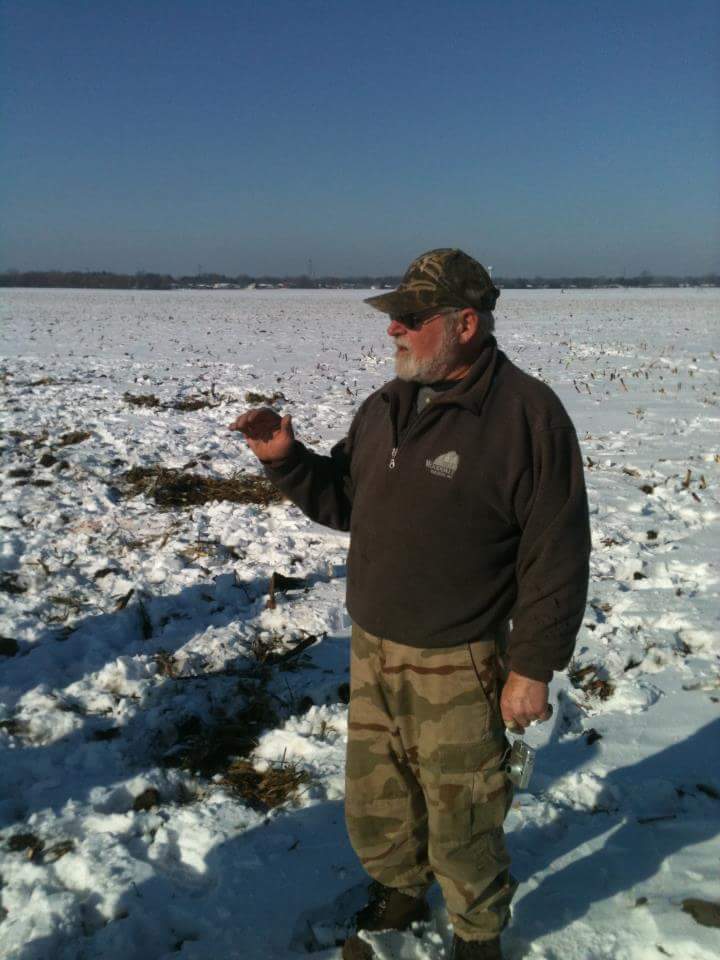 Kent telling one of his many stories. 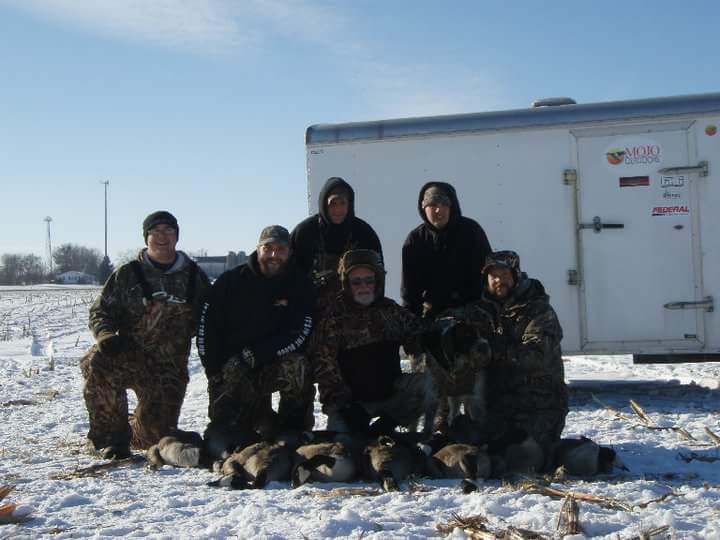 The Crew and Kent (with Otto) after a successful but bitter cold late season goose hunt. 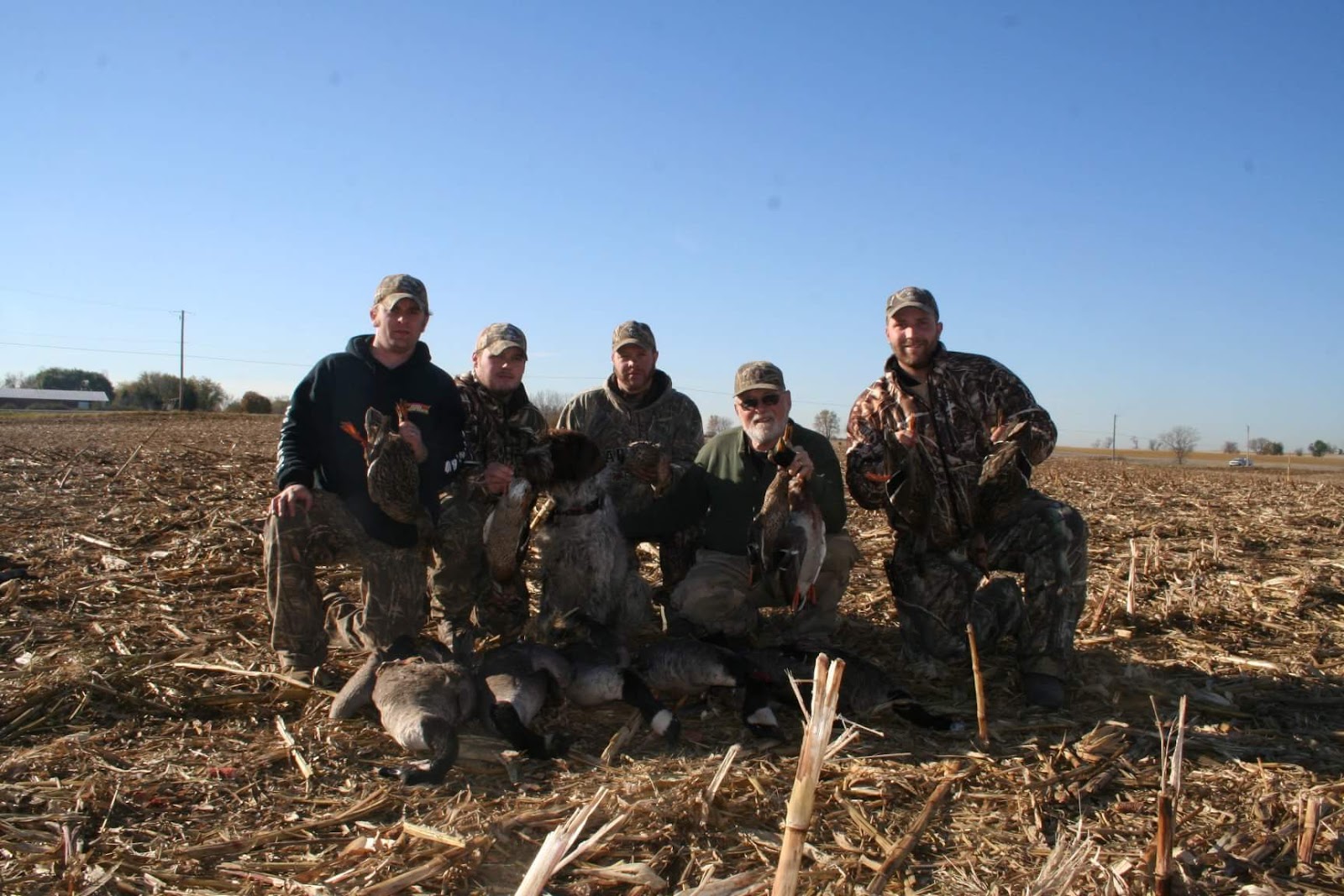 Kent and the boys (and Otto) after a successful mixed bag waterfowl hunt.

When my interest for deer hunting shifted to a passion for waterfowl hunting, Kent was there to take me to the next level. Kent was a passionate waterfowler, he didn’t hunt anything but ducks and geese, save for the rare pheasant hunt. As long as I had known him he had had German Wirehairs, and both of them were amazing dogs. Kent loved to tell stories, and boy did he have a lot of them.

He taught me how to take my duck and goose calling to the next level. He would show me how to spot the nuances in the flight of ducks and geese that indicated if they were interested in our spread. He taught me how to lay the spread out and make it enticing, and how important movement was in the spread. He taught me how important it was to not only pay attention to the forecast for our region, but the regions north of us that would indicate if we were going to get a push of new birds. He was a wealth of knowledge, all of it gained by his constant pursuit of waterfowl across the country.

Every fall in my adult life we hunted as many days together as our schedule allowed, and he at the age of 75 would be trying to keep up with us younger guys. We loved having him with and he loved to go with us. In fact he told me in one of our last conversations that he had tried to get his kids involved but they weren’t interested. He loved that someone my age was willing to take a 75 year old man with, and that he was happy he had passed on the passion for it to me at least.

About a month after that conversation, I received a phone call from his lovely wife Roseanne telling me that he died of a heart attack while out hunting with some friends. He and I were supposed to go hunting together the following day to the same spot. I was devastated. He was like a third grandfather to me. I would talk to him once a month in the off-season and then way more frequently once season started. The blind still feels a little empty without him, six years after his passing. I call Roseanne periodically to check in and see how her and Otto (his German Wirehair) are doing. She tells me that she loves hearing from me, and she told me once that Kent thought the world of me. Well, I still think the world of him.

These two men, one my father and one who may as well been a third grandfather, created in me a passion for the outdoors that I hope I can inspire in my kids. I am appreciative everytime I step in the field or the marsh that they took the time to mentor me. Whenever I have a friend who doesn’t hunt tell me they want to try it, I say bring the gun and shells we have everything else. In order for the sport to survive, those of us that hunt need to lend a hand and mentor those that may want to dip their toes in and try it. In order to have others gain a better understanding of why we do it, they need to experience it and even if they choose not to pursue it themselves, they will at least have the opportunity to see it from our viewpoint.